Advertisers better figure out their post-coronavirus online strategies ‘in a hurry,’ analysts say

Previous Next
Advertisers better figure out their post-coronavirus online strategies ‘in a hurry,’ analysts say

Organizing an online advertising strategy is crucial for retail businesses in a post-coronavirus world — and that’s been accelerated by cheaper digital ad buys, according to one analyst.

While shoppers moved online during the pandemic, it has actually become cheaper for businesses to buy digital advertising, as demand has fallen.

“Following the onset of Covid-19, it has not been surprising to see the strength in e-commerce, but what has caught us by greater surprise has been the boon (in) lower priced media — particularly on Facebook — has been toward that acceleration,” Michael Levine, a senior research analyst at Pivotal Research Group stated in a note on Tuesday.

“Table stakes is getting your online strategy right — yesterday. If you have not had a cohesive online e-commerce strategy, you better figure one out in a hurry,” Levine added in the note, which formed the third part of Pivotal’s “How to think about marketing in the post Covid-19 world” report series.

Brands are likely to benefit from free ads on Google, which made product listings on its Google Shopping platform free last month, in a move designed to win e-commerce advertising business from Amazon. Levine called this a “game changer for moving forward e-commerce adoption across the online advertising ecosystem.”

Levine highlighted comments from several e-commerce executives as representative of trends. Harley Finkelstein, chief operating officer of e-commerce software company Shopify said retail models were shifting, on its first-quarter earnings call earlier this month: ”(The coronavirus) is accelerating the catalyst for people to move from wholesale businesses to direct to consumer businesses and move from businesses that traditionally were only brick and mortar to being more in a brick-and-click sort of model,” Finkelstein stated.

The number of people buying something from a Shopify merchant that they’d never shopped at before grew 45% for the period March 13 to April 24 over the previous six weeks, Shopify added. Chocolate-maker Lindt Canada, for example, opened its first e-commerce store via Shopify in five days after the virus outbreak, the company claims.

Etsy CEO Joshua Silverman’s comments were also highlighted by Levine. Silverman suggested the pandemic would mean more people turned to online retail permanently during the company’s first-quarter earnings call last week. “This is a moment when a lot of people are suddenly turning online and discovering that it’s really convenient and it works really well for them and I think that that could create some very lasting behavior changes.”

Direct-to-consumer (DTC) brands, those that sell to people through their own channels rather than via third-party retailers, have especially taken advantage of cheaper online media buys, Levine said.

As well as paying lower effective costs per mille (or eCPM — the amount paid by an advertiser to a website’s publisher for every thousand people who see its ads), they are getting higher returns on ad spend, according to Pivotal. Ad agencies that work with DTC clients told Pivotal they had been spending record amounts on online advertising at prices down 30% to 40% post the coronavirus outbreak, versus pre-pandemic.

When Pivotal surveyed ad agencies in terms of how their retail clients had reacted to the outbreak of the virus, only 4% said they had kept the majority of ads running, when asked in March. In April, that figure had reached 15%. And those surveyed had mixed feelings about their retail clients’ ad spend for the summer and fall seasons. “I am assuming most of our retail clients are restructuring their debt currently and have no idea what their ability to market will be in the 2nd half of 2020,” one stated, while another responded: ”(They are) keeping their on-line (advertising) presence so when consumers are ready to start spending money again, they have the awareness of their brands.” 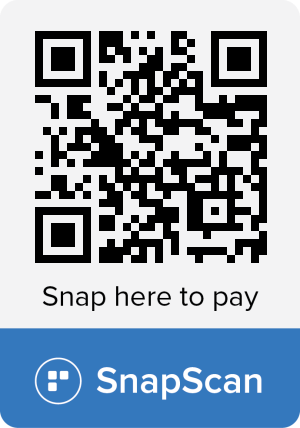